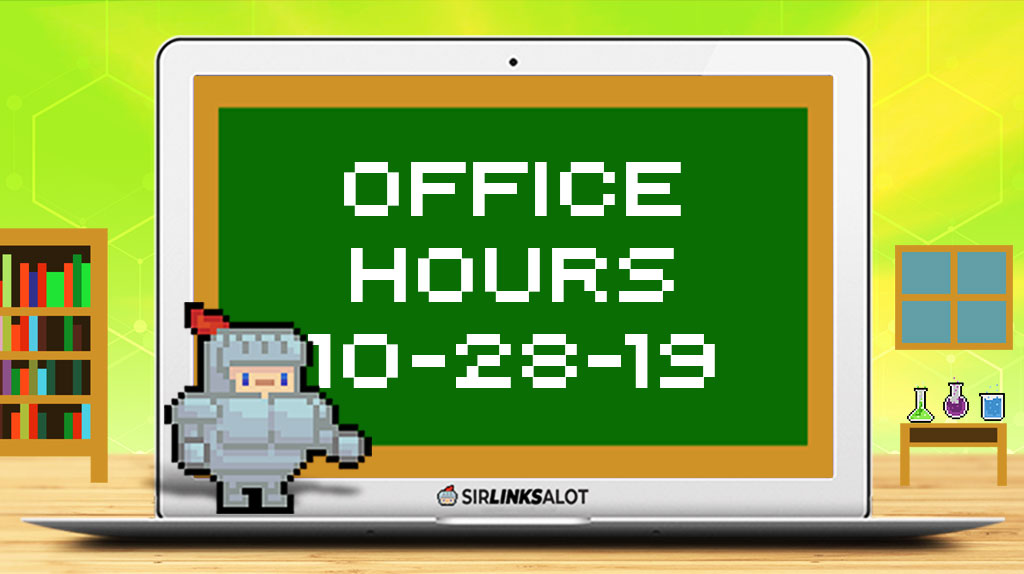 Office Hours #5: Changing Google Search Results for Your Name (or Anything!)

Welcome to another edition of SirLinksalot’s SEO Round Table Office Hours.

In this series, we reply to questions from members of our Facebook Group, SEO Round Table, with video responses in an effort to help them become stronger, more capable SEOs.

The following is an edited transcript from our video response on October 28, 2019 where Nick demonstrates how you can use some simple tricks to show up in Google for your own name. These basic SEO tricks can be applied to literally anything!

Feel free to read along for a more concise version, or if you’d prefer to watch the video –  go ahead and click below.

The Easiest (and Quickest) Blueprint To Getting Your Name in Google Search:

1. Pick an exact match url for your name and buy it

5. Add Some Basic Backlinks (Might be able to get ranked without even doing this)

Are all good options… but again, you might not even need backlinks depending on your serp.

Of course, you’ll probably want to spruce your site up a bit, but this is just the bare bones you’ll need to get ranked up there quickly starting with a fresh domain.  Try this trick out to gain some confidence and do something worthwhile in the meantime.

Hey, guys. Nick here with another episode of Office Hours. I’m particularly excited about this one because I think anybody, whether you’re a completely new person to SEO or you’ve been in here a long period of time, I think that you probably could benefit from watching this video which has to do with controlling and dominating your own SERPs.

So it’s something that I see a lot of people ignore, and it’s something that I think makes an excellent starting point for any newbie SEO. I’ve seen countless gurus say, “Hey, I’m going to teach you the keys to success. Go out and get yourself some clients and you’re going to do fine.” I think that’s asinine, I think it’s irresponsible. But what I’m going to show you today I think is a good starting point for absolutely anybody, and it’s going to give you the confidence that you need to see and understand that there is opportunity here and you, no matter how new, can’t execute plans of attack that are going to resonate positively within a search engine like Google. So without further ado, moving in.

So where we’re going to start here is with what I built to get started. So Nick Altimore is a search query the same way that anybody out there watching this video has their own SERP. So there’s a bunch of different ways to manipulate this, I’m going to show you one of the easiest ones in my opinion, and it’s extremely cheap to do.

So basically what I did was I went to a preferred registrar and just bought nickaltimore.com, it’s my name, and I want to manipulate it in the search engines. So first thing I did was just install WordPress on it after paying $10 for it at the registrar, and immediately all I did was write Nicholas Altimore, so a broader version of my name and then if you ain’t trapping. Literally with nothing on that site, so you’ve got the title and the URL and that’s literally all that was on here.

What happened was within three to four days you’ll notice that this site is going to pop up onto page two, three, depending on how popular of a person you are, right? How much press you’ve had, etcetera. But you’re going to see especially how potent URLs are in going after specific search targets.

So here it’s a name, right? It’s my brand, it’s me. So within two days we’ve got it on page two. All I did after that was add what is this like, maybe 300 to 500 words, if that, of content about nothing in particular, nothing serious let’s say. So just like a joke, I love to party, this is an image that Chris made about me a long time ago as a joke, being a jerk. So that came in here. And then decided why not attack Chris too a little bit while we’re in it. And you guys could find out all about why I’m better than Chris if you just dive in here a little bit.

But the point is did this literally overnight. You go to my SERP and you’ll notice that I was on page one within one night of adding that content to this URL. No outbound links, no links going to this website, nothing at all, okay? We’re just talking about basic content, no on-page other than like permalink structure on that post, but really it’s just it’s a one-page website and already it’s resonating in my SERP, right?

So next thing that I would want to do would be add some links, so as simple is just like not even going with heavy hitters, just directories, blog comments, form links, stuff like that, all very white hat, very accessible, very free, right?

Okay, with that, I would expect, I’m talking about minimal effort, right now I’m on number six for my own search. I would expect that I could get number one or number two just doing basic pillow linking, right? Stuff that I’d be using are things like Nicholas Altimore or Nick Altimore as far as anchors go, nickaltimore.com, HTTP, whatever. So use variants like you would in any pillow linking strategy.

Now what’s important about this, (a) you’re guarding and manipulating your own SERP, very important, especially if you plan on devoting yourself to something like SEO. It’s a selling point; consider your SERP as a resume, one that you can manipulate. No matter how new you are at SEO, I think it’s very easy to say, yes, you know how to buy a domain that’s associated with your name, you know how to install WordPress, you know how to put up a post. That’s all you’ve got to do to get started realizing what kind of variables go into manipulating a search query.

Now say you’ve done this, what does that give you access to as a newfound entrepreneur or somebody who’s interested in doing this? What is a business model that can work with this? Maybe something like reputation management, I think that’s a lot more accessible to the average SEO that just got started versus going after clients after hard targets, etcetera. Well, with something like this, you might do a little bit better.

If you’ll notice there’s a bunch of different ways to get different pages up in the SERPs as well for yourself, so you can do this with press releases, you can do it with Web 2.0’s, and any other kind of press or posts that are associated with your name or heavily associated with it.

Now interesting to note here is I’m going after Nick Altimore, but I’d like to see it for Nicholas Altimore as well, so I’ve tracked just like for two days now what’s been going on in the SERPs with this domain. So for Nick Altimore you’ll see over the course of the last two days jump three positions, that might be just for the content resonating a little bit better. Like I said, it jumped up to page one just with slight content, but you’re going to see this continually move up, especially as I add those basic pillow links.

Nicholas Altimore at number 30, we’ve jumped up 11 overnight to position 19. So imagine if I hit it with like a PBN or some niche edit, something like that, depending on how gray hat you’re getting with your work. Very easy to manipulate my search.

So yeah, now then let’s jump into what else I added in there, right? I mentioned Chris. Google is associated with us, you can see in his SERP and my SERP that pictures of each other pop up. It’s associated, our businesses with one another. So I figured just by adding his name a couple of times it’ll start resonating.

And if you’ll note, page three to page two overnight along with that content too, and so hypothetically there is a chance that if I wanted to be aggressive I could go after his own SERP for his own name. This is not something that I would recommend anybody doing; it’s a very nefarious practice. I’m doing it here just to outline the fact that just adding slight content can manipulate the data enough to resonate in different places.

And that being said, I think I’ve given you enough to kind of just play off of here, it’s a very simple strategy, it’s something anybody can do. And I know there’s a lot of SEOs, including me, who haven’t been very serious about their own SERP, but it’s definitely worthwhile to get in there and start playing with it. And then as you go on in your business strategy, etcetera, you’ll want to heavily guard this as it is your reputation, right? You don’t want somebody able to put press out there or anything like that and just tie up your SERP with crap. This is a brand protection type of strategy, but it can also move a lot of you towards new business ventures.

So I hope this helped. Nick here, signing off. Good luck in the SERPs. 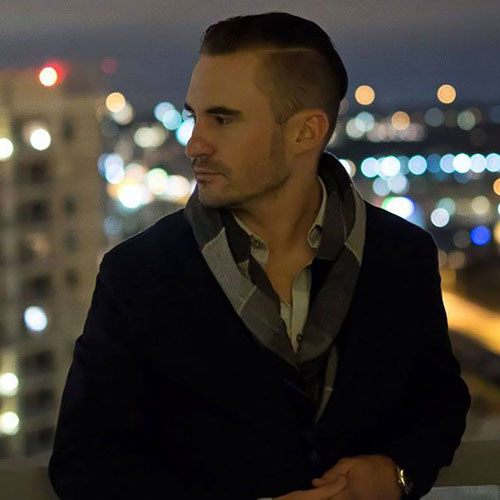 Nicholas Altimore is the Founder and Director of SirLinksalot.co. Throughout his years in SEO he has focused heavily on PBN and Affiliate sites, but there isn't much (if anything) within the industry he isn't familiar with.  He looks forward to bringing SEO's informative resources on how to rank websites world wide.

Get exclusive deals, news, and resources sent straight to your inbox.

Nicholas Altimore is the Founder and Director of SirLinksalot.co. Throughout his years in SEO he has focused heavily on PBN and Affiliate sites, but there isn't much (if anything) within the industry he isn't familiar with.  He looks forward to bringing SEO's informative resources on how to rank websites world wide.

Join thousands of others who use our backlinks to power their sites and agencies.

Get Special Offers and News

SirLinksalot is your one-stop-shop for links, builds, guides, and more. From beginner to advanced SEO, black or white hat, we've got something for everyone.